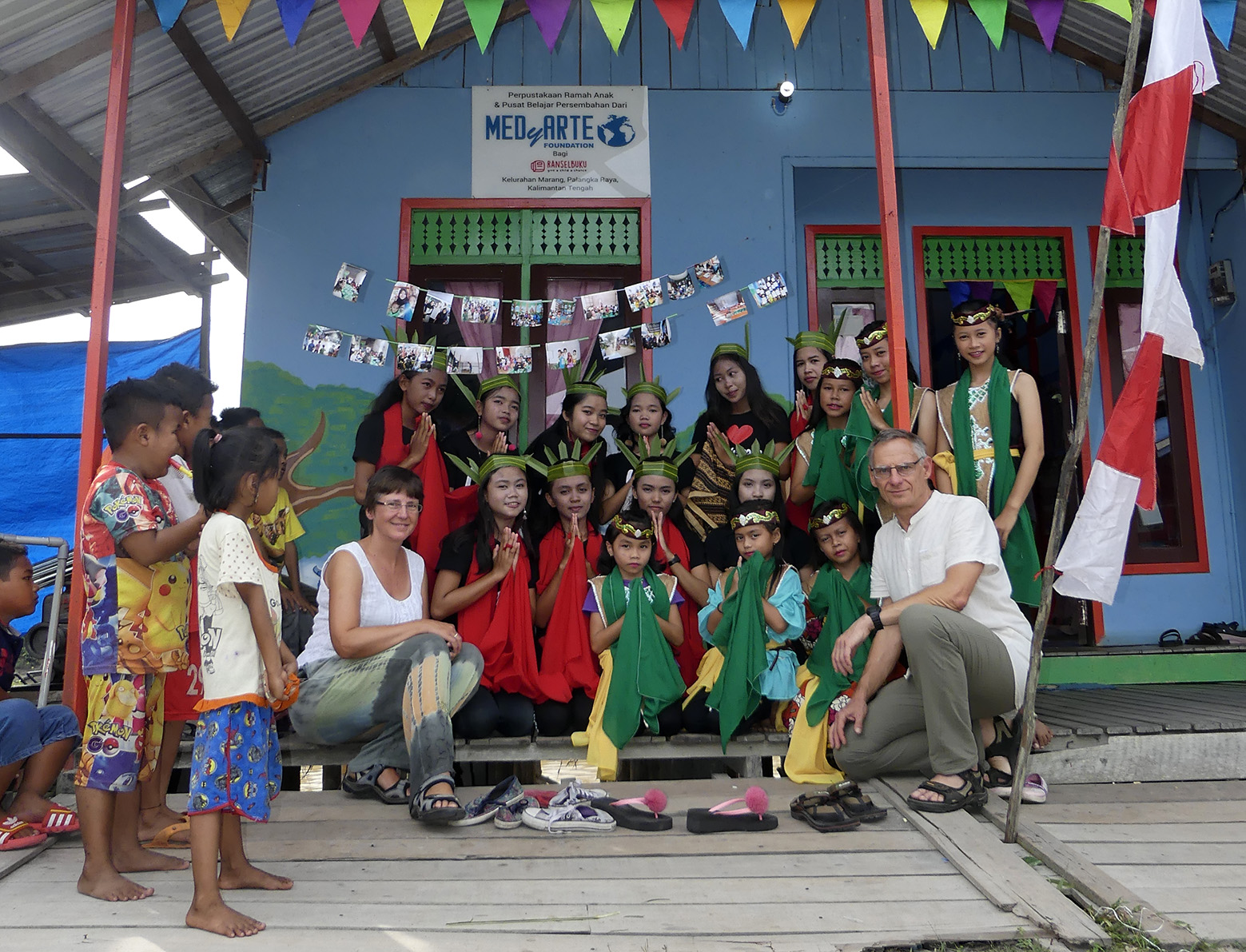 MEDyARTE foundation was set up in August 2017 by two doctors and an anthropologist who has spent most of his life studying various cultures around the world. Its conception was a direct response to global inequalities observed during individual travels and a deep desire to make a difference.

The trigger for the formation of MEDyARTE was an event which had occurred two years earlier in Indonesia. While visiting Borneo, organisation founder Gosia was called to see a gravely sick man and asked to offer medical advice. The man, although rich by local standards, was clearly dying and had received neither a proper diagnosis nor adequate medication. This is because access to medical care is difficult and prohibitively expensive in a country whose inhabitants are scattered over many islands, with limited road networks and specialist care which is concentrated mainly in the capital.

Gosia was deeply affected by this meeting – if appropriate care could not be accessed even by those with the money to buy it, what chance did the majority of the population have, with the additional hindrances of geographical remoteness and poverty?

Could health provision be improved, and how? Could the rich heritage and culture of these people somehow be channelled so as to enhance the local economy and empower local populations to enact improvements to healthcare and education themselves? And in so doing might these precious and unique cultural traditions be nurtured and preserved