Over the last two years MEDyARTE Foundation has developed a working relationship with the Issyk-Kul State Historical and Cultural Museum-Reserve in Cholpon-Ata, Kyrgizstan. This is a historical and cultural institution which conducts scientific, educational and research activities aimed at protecting and promoting the spiritual and material culture of the great ancient nomadic civilization of the Issyk-Kul region. Our project will involve the purchase of display cabinets for the museum, which will be used to house objects of great cultural value. Currently these objects are not being protected or displayed due to lack of facilities. We hope to have an impact on the community as a whole through improving historical knowledge, helping with self-identification, reviving lost spiritual values as well as giving the opportunity for local people to be proud of their heritage.

The history and culture of Kyrgyzstan has been influenced, by its geographical and political position. Ninety five percent of Kyrgyzstan, which has an area of 76,500 square miles, is mountainous leaving only very small part suitable for farming. 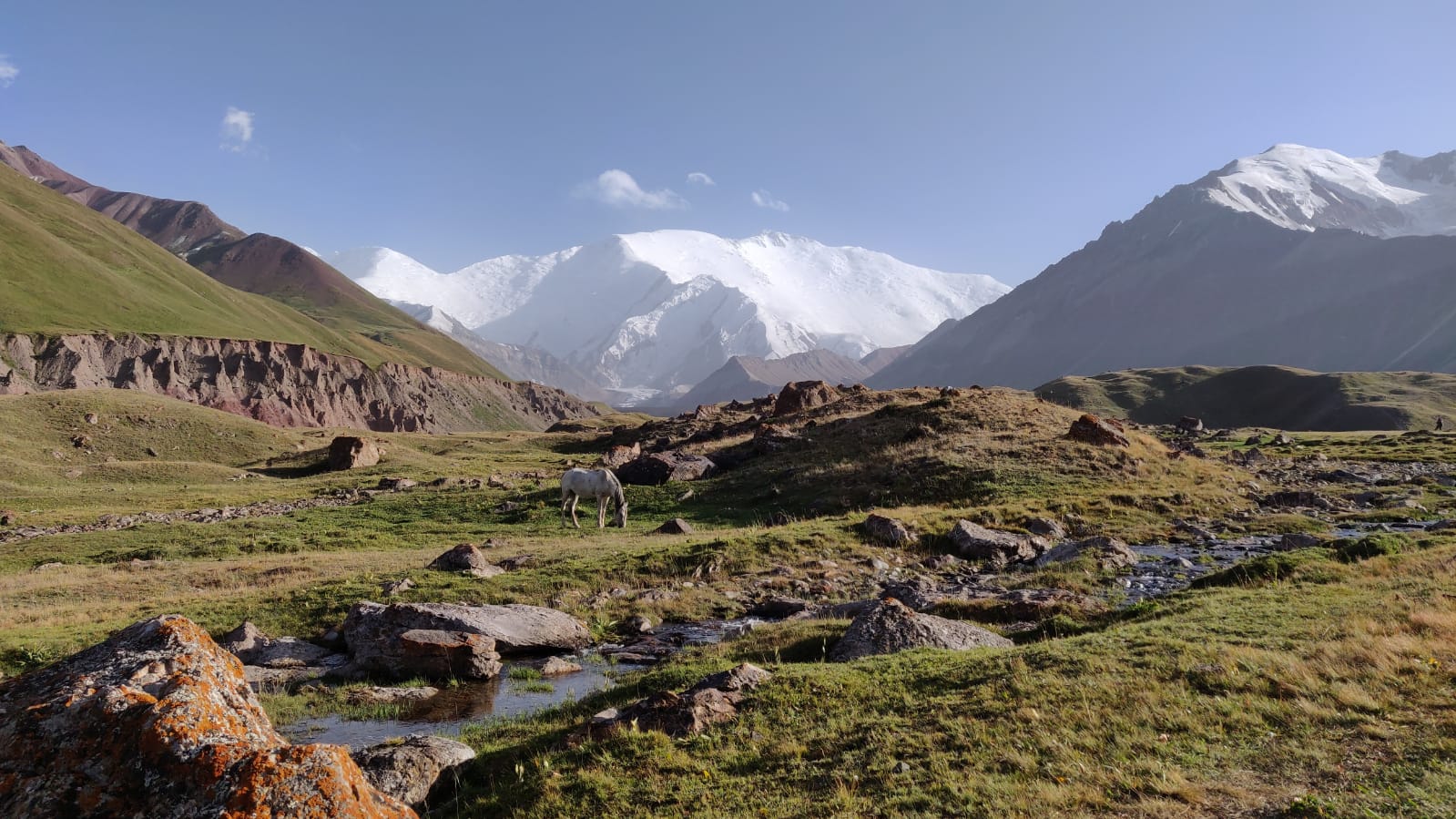 The Kyrgyz people who originated in the Siberian region of the Yenisey Valley travelled to modern-day Kyrgyzstan due to pressures from the Mongols. The stories handed from generation to generation maintain that the local population descended from “forty girls” (kirkkyz) belonging to forty clans. This belief is represented by forty sunrays on the sun of Kyrgyz flag, while its central part symbolizes the crown of the Kyrgyz yurt which is a traditional portable house made of wooden frames and covered with felt, embodying local identity. 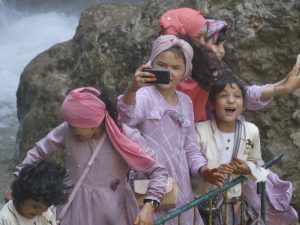 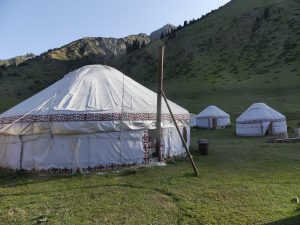 Due to the nomadic lifestyle and lack of written language, the Kyrgyz have not left behind much written literature or visual art, but their culture is expressed in the objects of daily life found in the yurts, traditional musical instruments and orally passed legends or traditions. 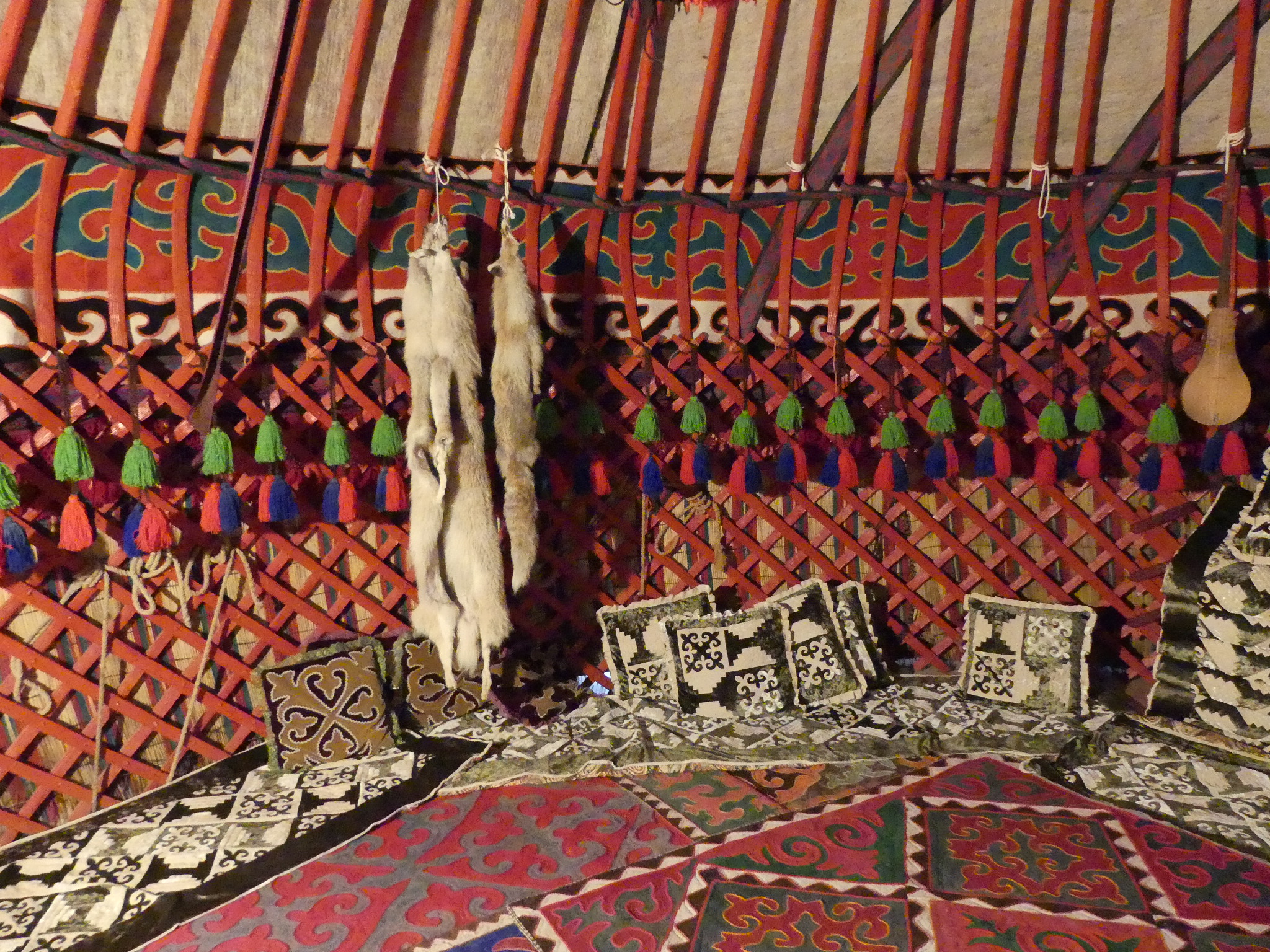 Characteristic crafts are made from wool, silk, horn, leather or wood. Colourful felt carpets and embroidered hangings adorn the simple dwellings, inspired by the surrounding natural world, from plants to animals to landscapes. Even the music played on a Komuz, a traditional three-stringed instrument, reflects the sounds of nature with which people live so closely together. 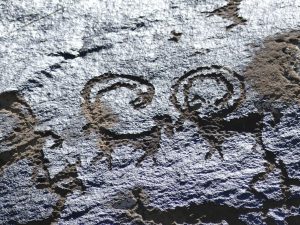 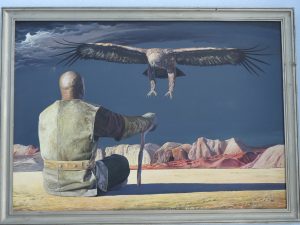 According to everyculture.com: “Support for the arts (in Kyrgyzstan) comes mostly from selling pieces of art and performances….There is little or no funding available from the government. After the collapse of the Soviet Union many art forms came close to dying out as pent up hunger for Western pop music and movies was released. In recent years the novelty of all that has worn off to some degree and there is hunger for traditional art forms even among the young”.

MEDyARTE Foundation sincerely hopes that through supporting this regional museum we will help to revive and protect the Kyrgyz culture. In due course we also look forward to developing other avenues of cooperation which will empower the younger generation to keep tradition alive.